Pinterest is one of the online image search engines alongside with Tumblr that has enhanced the existing image search experience for its users. Google has a wider database of images has a basic image for exploring options. However, now they are on the verge of completely changing the Reverse Image Search experience, and in fact, an updated version for the desktop browsers is under development and is said to be launched soon. The company has been testing with its image search product. The search results previously displayed horizontally might now be presented vertically with a caption or a brief badge describing each image or in case a video which visually gives the presence like Pinterest. It seems to be showing the product details if the site has used Google Shopping tool to upload the product’s information.

A spokesperson at Google has confirmed the test but hesitated to elaborate the further details about the upcoming update. He mentioned, “We’re constantly experimenting to improve our experience with Google Images and don’t have anything further to announce at this time.” The expanded aspect for the desktop also seemed to display the related and similar items adding the dynamic information feature. However, there is no such information about the image results that fit in with current Google’s standardized horizontal display when enlarged.  It is observed that the new layout will allow the users to see whether the product is in stock and can they order the item directly from the same image search result link. Also, image results will now show two lists of related images underneath the results. 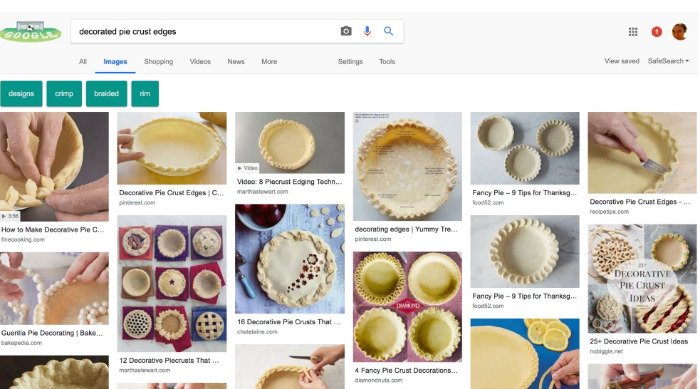 The Objectives Behind Making This Change

The new strategic point of view from the company is that the improvements will try to achieve two objectives. Results being less static will drive more traffic. Also, on the commerce side, there will be more engagement which will convert the user into a possible consumer.

Let's be honest, the pre-update Google Image Result was not visually appealing, and smaller image results used to disturb the attention span of the user. Visual search with larger display images will aesthetically enhance the shopping experience too. Link to the buying options for a product that takes the user straight to Amazon or eBay is said to be how Google is standing out from the other Image Search Engines.

Previously, the e-commerce options with the image results were introduced on the mobile version first before taking it to the desktop version. At the beginning of the year, we started seeing the inclusion of captions on the image results which are emerging in the new update for desktop. Since commerce applications made ideally for phones gives the user an advanced buying and selling experience. However, desktop browsing with its bigger screen is still the ideal option when it comes to shopping items with bigger tags, and it continues to attract significant purchasing drive.

The users have clearly sensed Google’s image result replicating the visual appearance of Pinterest. The features on the upgrade are not widely embraced by some saying the “scroll-down speed decreases heavily when the phone-shaped pop-up card loads”. Some are annoyed by the appearance saying when they typed in @Google image search and were apparently transported to Pinterest.

You can search for similar images with Image Search tool by smallseotols.com.